The Natimuk Fringe was started in 1999 after a joking kitchen session with Richard and Christine Smith, Mary French and Greg Pritchard.
It was conceived as a Fringe to Horsham’s Art is… Festival and they gave Greg $100 and put us in their publicity.
The events were, from memory, a sculpture exhibition in Hugh and Del’s café, a curry and beer contest in the hall, a music jam in the rotunda, and some art attacks.

If anyone has any photos….please send them in.

In 2002, Jillian Pearce had established the project Colony, in association with Melbourne’s Next Wave festival. Her YSpace aerialists dressed as angels an inhabited Melbourne’s Art Centre Spire for a week. She needed a regional festival to attach it to for funding purposes. She approached Greg Pritchard with a promise of $6000 from VicHealth to run the festival. Fortunately they gained the funding, at the expense of naming rites. The festival was called the ‘Vic Health Live-Well Eat Well Fringe Festival.”

Events in 2002 included more art attacks, including the world’s longest haiku and whitefellas by Greg Pritchard. 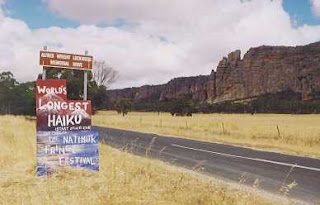 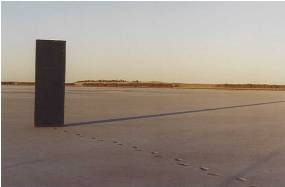 There was music, food, a group sculpture show and school workshops with Mary French. 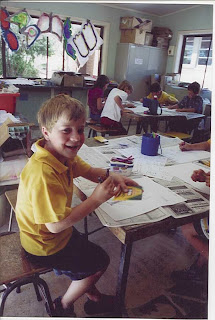 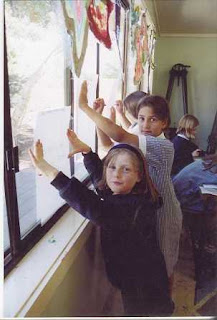 The highlight of the evening was the Angels on the silo, with over 2000 people turning up on the night. There was cars backed back to the bridge over the Wimmera. 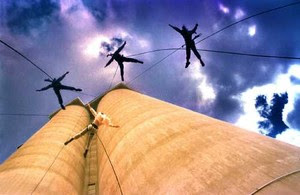 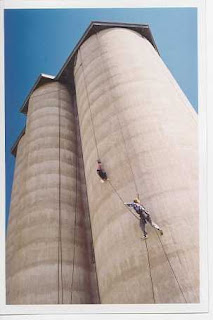 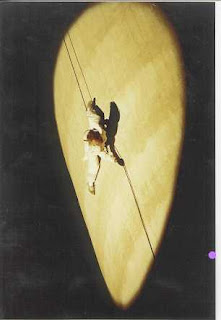 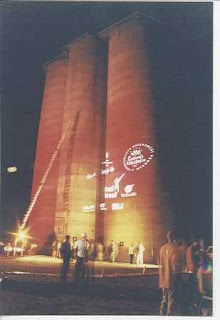 For the first time the Natimuk artists had an inkling of what they could achieve in this remote outpost.